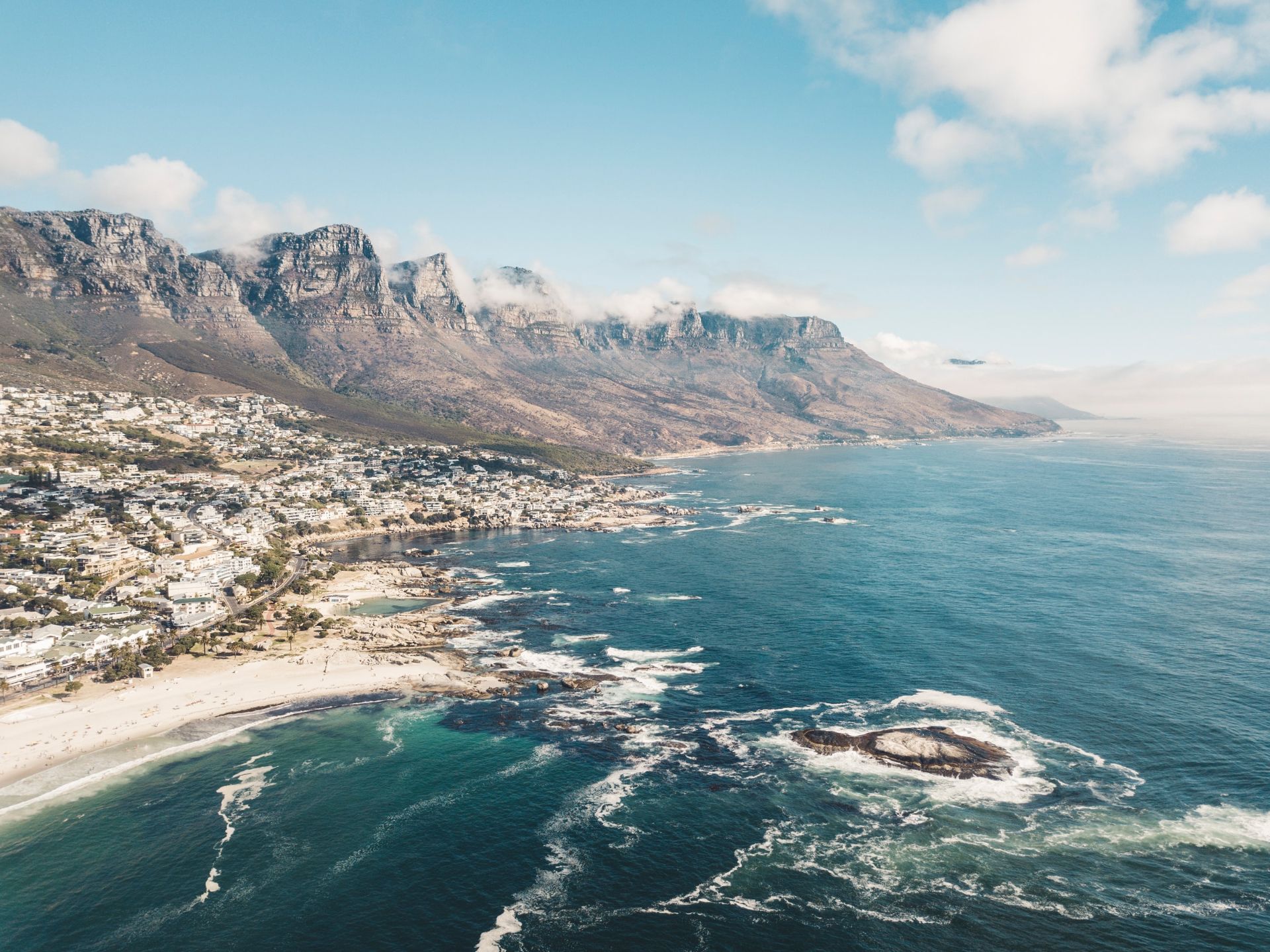 Is it time to revisit the South African Headquarter Company (HQC) regime as a gateway to doing business in Africa?

Is it time to revisit the South African Headquarter Company regime as a gateway to doing business in Africa?

On 1 January 2011, with much fanfare, the South African Government unfurled its brand new tax incentive, the International Headquarter Company (HQC) Regime, designed to attract hordes of multinational enterprises to set up shop on its shores and make the country “the gateway to Africa”, as one optimistic National Treasury document at the time, put it. Unfortunately, it was not to be. After almost ten years, the whole thing has turned out to be something of a damp squib, with very few companies taking it up. Why? Well,  the reasons vary from the over-strict, over-complicated qualifying requirements to the fact that other African countries, notably Mauritius and Botswana, had simpler and more rewarding holding company regimes in place.

But things have changed recently. The recent EU black-listing of Mauritius and Botswana (see previous article) has made the South African HQC regime much more competitive. Now, may therefore be the moment to relook at South Africa as a possible launching pad for African investment, which means considering once again the pros and cons of using this tax incentive.

Obviously, before we can do this, we must ask what exactly an international headquarter company or HQC is.

Actually, the term is something of a misnomer.  What the incentive really encourages is the use by foreign groups of intermediate holding companies in South Africa’s jurisdiction – effectively an African base of operations for foreign enterprises as opposed to their “international headquarters” – which will then hold the group’s investments in subsidiaries or businesses in other parts of the African continent.

It should be said though that HQC’s are not only for foreign multinationals. South Africans looking to invest internationally are welcome to take advantage of these companies as well but some of the tax and exchange control benefits described below could be lost in some cases.

Benefits of the HQC regime

The tax and other fiscal benefits that apply to a South African company that qualifies as an HQC are summarised below: 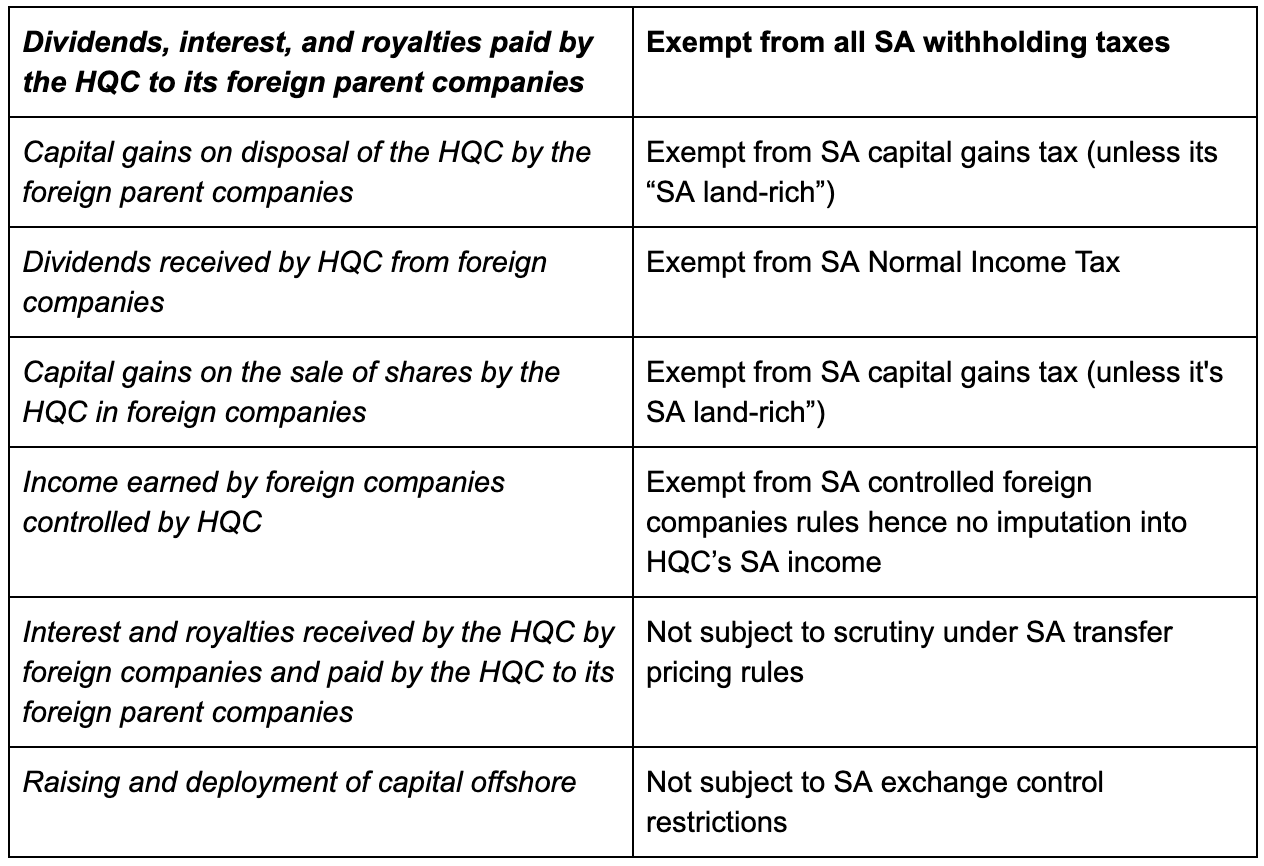 It’s pretty clear from the above table that a South African company that qualifies for the HQC incentive is effectively treated as a non-resident company for both South African tax and exchange control rules.

That means that the HQC is still subject to South African taxes on all its South African source income but earnings that do not derive from the country are free of South Africa taxes and currency restrictions.

Basically, this allows foreigners who wish to invest through an HQC a free flow of funds through South Africa with a minimal incidence of South African tax.

Requirements to qualify for the HQC regime

This all sounds great but there’s a catch, of course. The catch in the case of HQC’s is having to fulfil and maintain some rather strict, complex, and onerous requirements so as to elect to qualify for the benefits described above. What’s more, is that all these requirements have to be met constantly throughout the tax year to avoid losing the benefits of HQC status. These requirements are illustrated below: 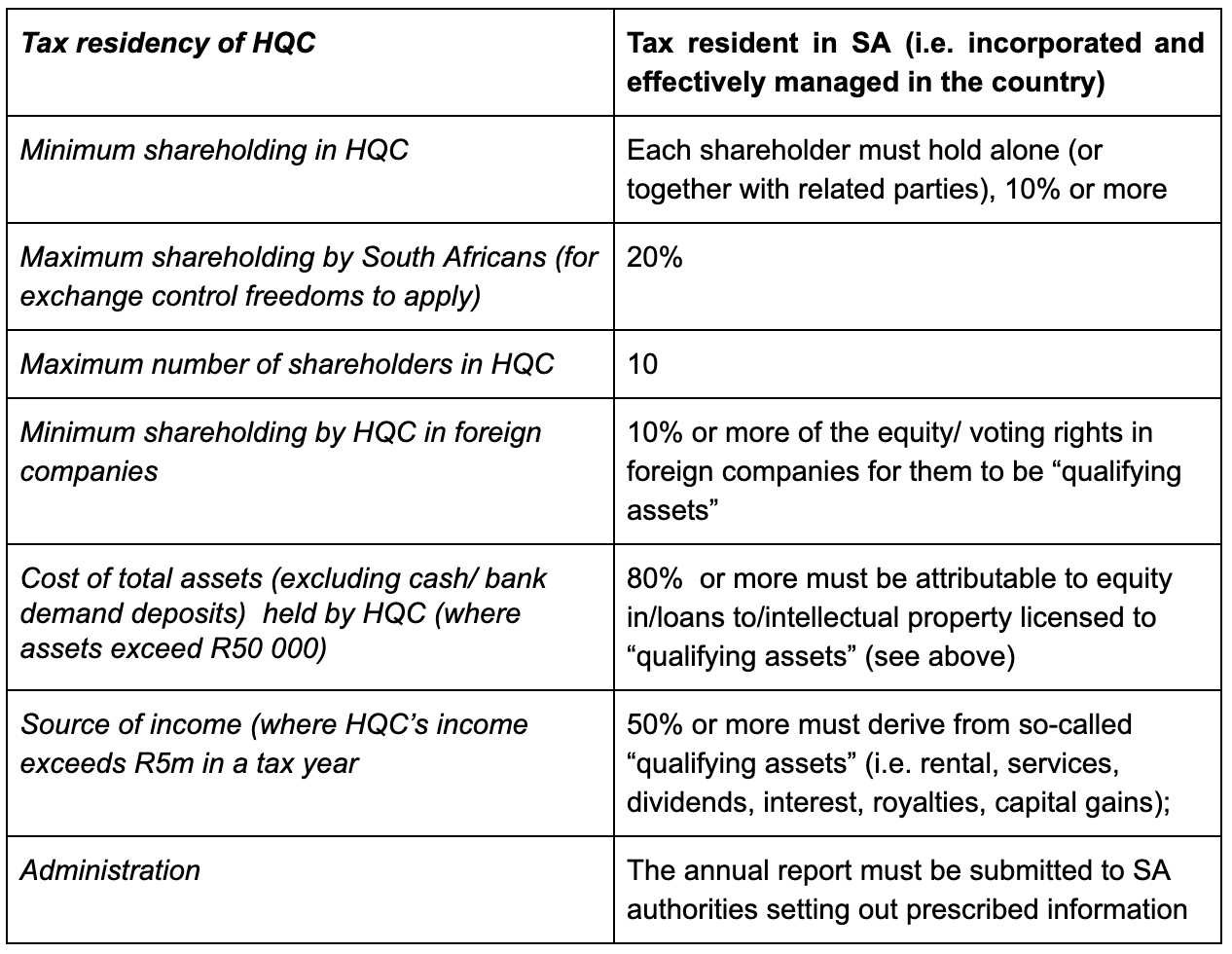 Will the HQC become a South African Cinderella story?

It’s widely suspected that the onerous nature of these qualifying requirements has resulted in the relative under-utilisation of this HQC regime and the relegation, up until now,  of this South African tax incentive to “ugly sister” status in relation to those provided by other countries.

However, the recent developments in South Africa’s competitors that were alluded to above, may yet render this ugly sister a great deal more attractive.

Mauritius, the former darling of African business-hub seekers, has, in particular, suffered. Alongside the reputational damage from its blacklisting, the alterations to its GBC regime, increased set-up costs, more stringent substance requirements, new controlled foreign company rules, as well as proposed increases in the personal tax rates are sure to alarm prospective investors.

As a result, many business-people may decide to give the South African HQC incentive another chance to dance at the ball.

Contact us to discuss if this could be relevant for your business.