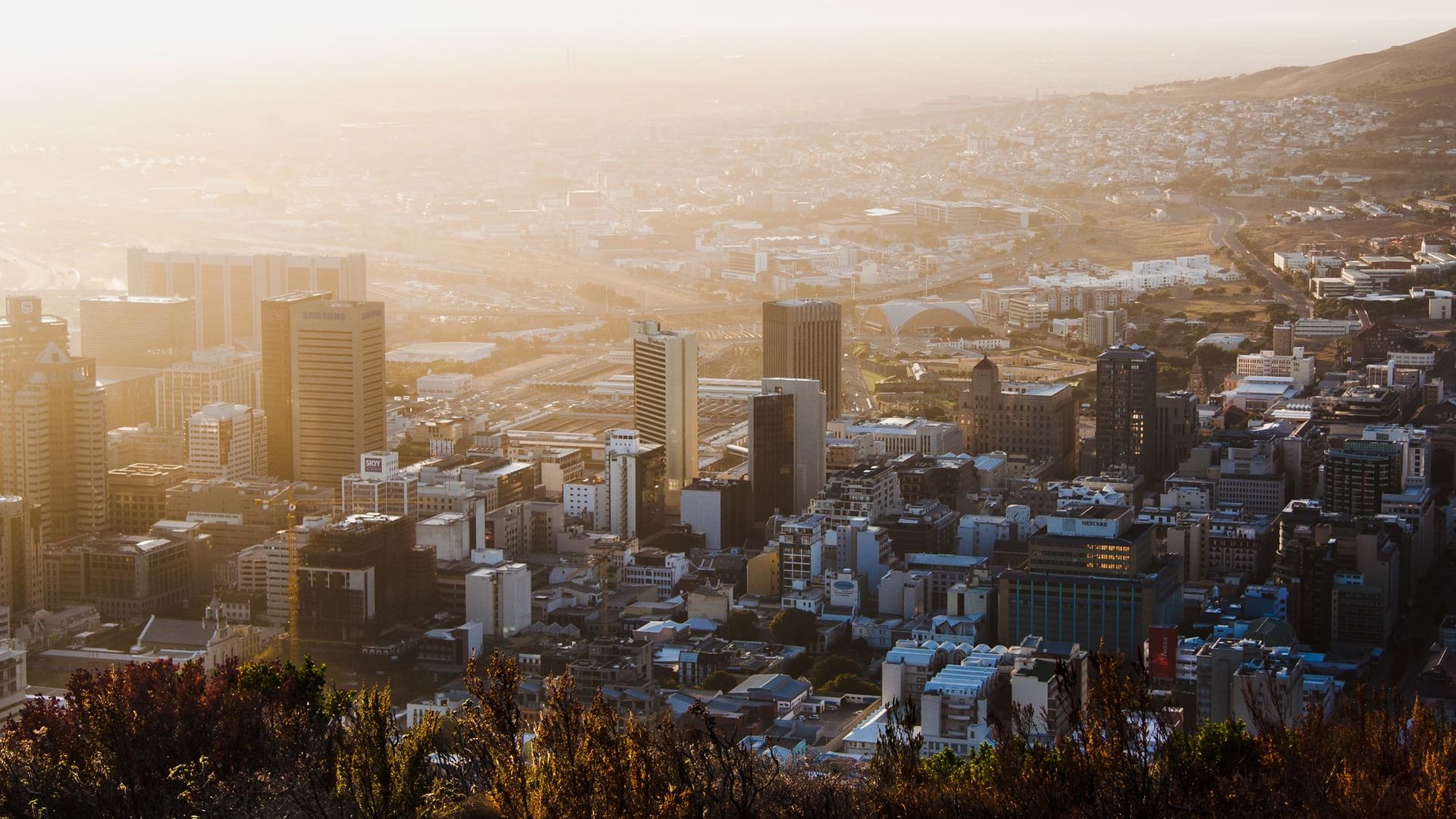 So you think you’re no longer a South African tax resident?

So you think you’re no longer a South African tax resident?

Why is this a big deal? Well, your residence for tax purposes determines all your tax obligations including where and how you file your tax returns and how much tax you end up paying to whom.

You don’t want to be hit with a SARS audit or penalties and interest for unpaid taxes just because of confusion over your tax residence status or because you believe you are “off SARS’ radar”.

This risk is currently exacerbated for two reasons: firstly, due to the COVID19 crisis, the South African treasury is in serious deficit. Secondly, given the recent changes (see the previous newsletter) whereby SA tax resident’s overseas salaries above R1,5m are taxable for the first time, there is a greater reason for SARS to investigate SA citizens living outside the country.

Therefore, there is a real risk now, more than ever, that the South African revenue authorities may seek to extract taxes from expatriates who never formally changed their tax residence status with SARS.

So tax residence is an important issue for all expatriates to resolve. But just how do you find out if you are still South African tax resident? To determine this, you have to answer three questions, only one of which is simple.

1) Are you “ordinarily resident” in South Africa?

The first question is to ask yourself whether you are still “ordinarily resident” in South Africa. What does this mean?  Unfortunately, there is no definitive answer and it depends on your individual personal circumstances. Generally, if South Africa is the place you generally do, or will, return to after all your wanderings (where you really “hang your hat”), then you are probably ordinarily resident there. Even if you say you are not, SARS may still regard you as such unless you can provide supporting evidence to the contrary.  The first graphic below summarises how ordinary residence is determined, and the key factors are often whether you have a property or base of some sort in South Africa, and the location of your family and close friends.

2) Are you resident in South African by virtue of your “physical presence”?

This is the only simple question.  If your answer to the first question is no and you are able to prove it to SARS’ satisfaction, you still need to address the second question. This relates to whether you were “physically present” in South Africa for a prescribed number of days over a period of five years.

3) Does a Double Tax Treaty render you a non-resident of South Africa?

Even if you turn out to be tax resident in South Africa either by virtue of you being “ordinarily resident” or your “physical presence” there or both, do not despair.  There is still a third test.  The third question relates to whether a double tax treaty, a specific bilateral agreement between South Africa and another country, renders you exclusively a tax resident of that other country. If that’s the case, then you will fall out of the South African resident definition.

This third question normally arises in the case of expatriates where they have left South Africa without notifying SARS of their intention to cease their South African tax residence and after they have established tax residence in their new country (say Mauritius). In this scenario, the expatriate may be dual resident (i.e. resident for tax purposes in both South Africa and Mauritius) which, as you can imagine, is a highly undesirable and often very expensive situation to be in.

To establish the true country of residence if you are in this kind of pickle, you had better hope there is a double tax treaty between South Africa and your new country. Assuming this to be in place, you would then need to apply to the provisions of the treaty, again to SARS’ satisfaction, to see where your place of tax residence lands.

In this regard, most double tax treaties contain a clause known as the tie-breaker clause. This clause set outs a “sudden death” style cascading series of factors to determine where you would ultimately be resident. Each factor needs to be considered to determine if it applies, if it does, you are tax resident in the country in which that factor is true. Where that factor is false, the next factor needs to be considered, and so on.

The second graphic summarises the standard tie-breaker clause. You will note that most of the factors are very similar to those you would have considered when you answered the first question whether you were ordinarily resident in South Africa.  You will also note that many of the factors can be quite subjective, so this can often end up in a battle with SARS, particularly for people who have property and / or close family members in South Africa.

So what happens if you become a non-resident?

If you were a South African tax resident and became a non-resident through one or more of the ways set out above, you are liable to calculate and pay what is known as an exit charge. SARS hits South Africans who change their tax residence with a parting shot of capital gains taxes on certain of their assets. Essentially, this is calculated by subjecting to South African tax the gains you would have made had you sold all your assets (subject to certain exceptions) at the market values they had on the day before you ceased to be resident.  It should be noted that this also applies to your spouse and children on leaving the SA tax net, often relevant in trust structures.

This charge, together with interest and penalties that could be levied if you failed to pay the taxes at the right date, can be hefty. Therefore, if you think you became a non-resident through any of the processes listed above but have not had your residence status changed by SARS, you may wish to consider further. 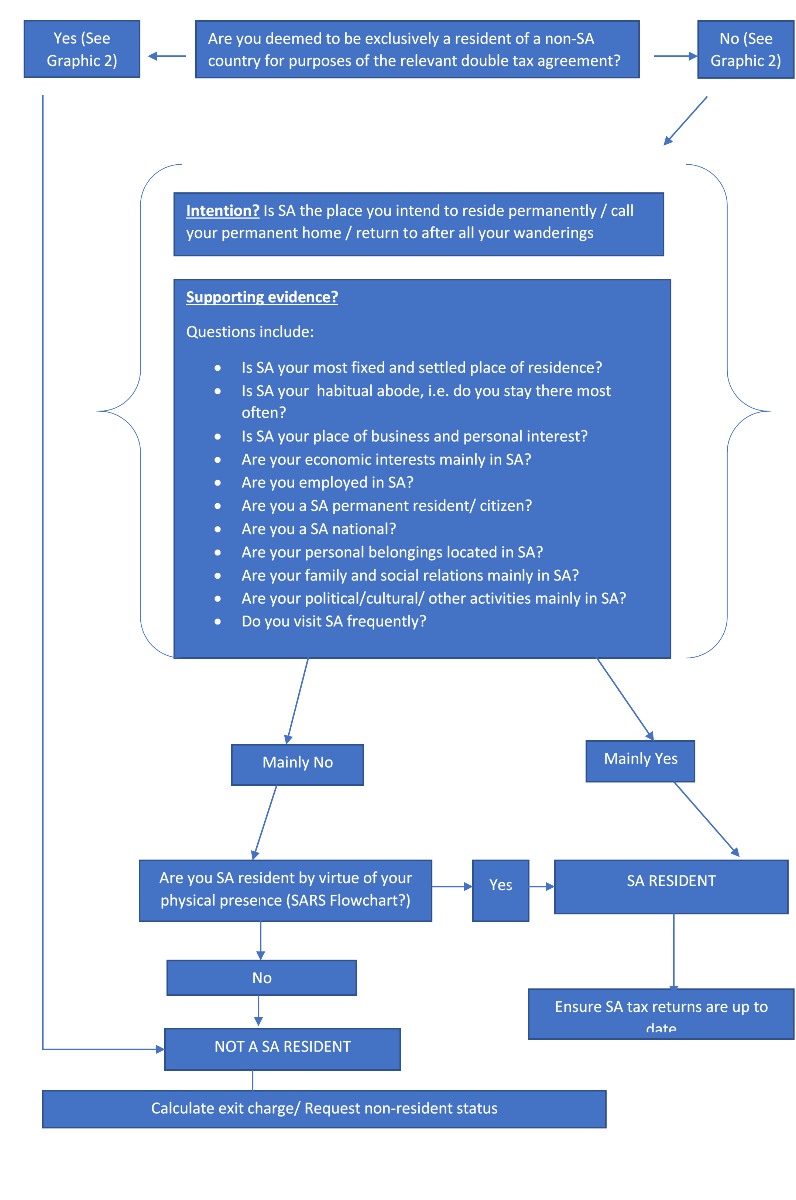 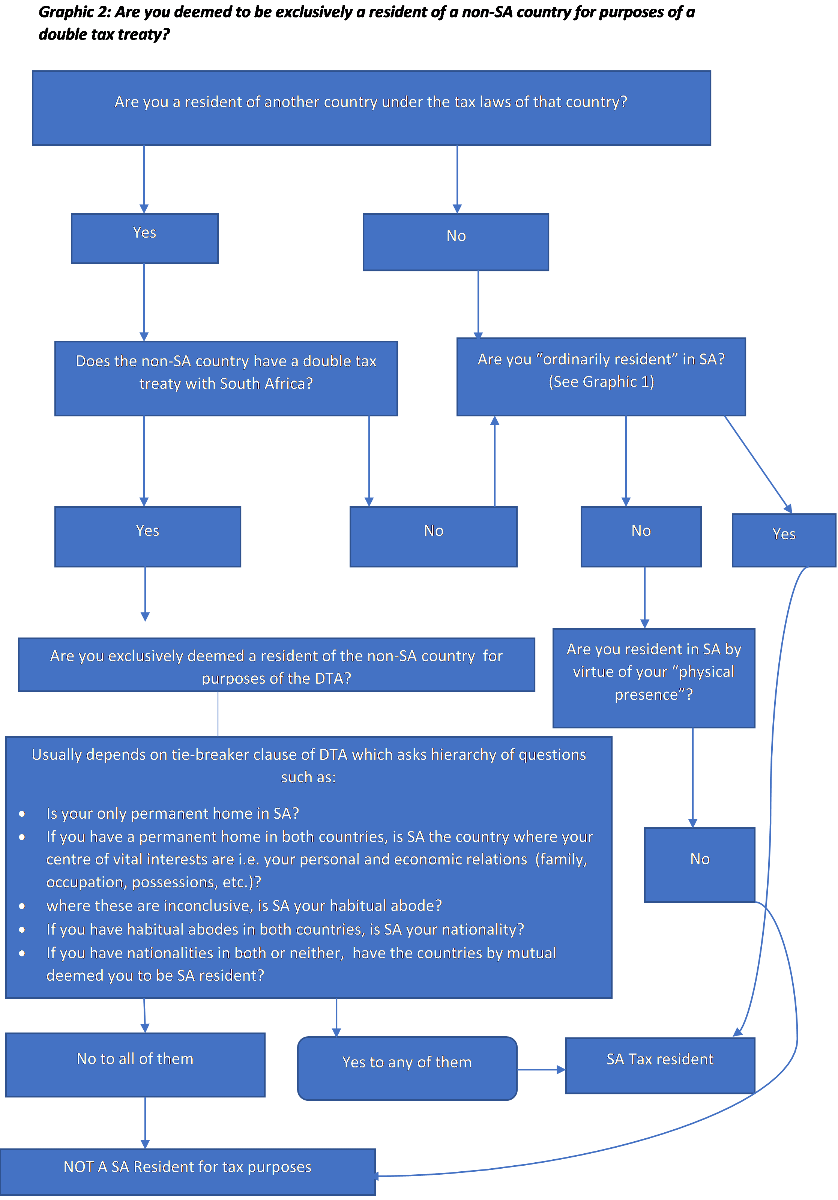